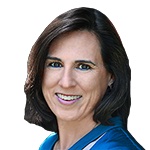 Mary K. Pratt is a freelance writer based in Massachusetts. Mary reports mostly on business and technology management, with the bulk of her work appearing in CIO Magazine, Computerworld, and TechTarget.


Yes, the economy is a large factor in how CIOs will do their jobs next year. Insiders point to nine other factors that will influence the role of the CIO in 2023.

The CIO role is nearly a half-century old – younger than most other C-suite positions but no longer the new kid on the block.

Still, the enterprise’s top IT position remains a work in progress: Some 78% of the 800 IT leaders surveyed for the “2023 IT Priorities Report” from Snow Software said the CIO job has evolved immensely over the past 18 months.

The upcoming year is expected to bring yet more dimensions to the role.

Executive advisors, researchers, and – most critically – IT leaders themselves all predicted that the CIO role will continue to evolve throughout 2023, citing multiple intertwining and overlapping issues that they said will impact the position and its work.

Here’s a look at 10 factors that experts expect to shape the CIO role in 2023.

Forrester Research found that IT budgets will see more dollars in the upcoming year; Its “Predictions 2023: Tech Leadership” paper reported that 67% of responding IT decision-makers anticipate increased budgets. But Forrester vice president and principal analyst Bobby Cameron said many of those CIOs won’t see enough of a bump in their 2023 budgets to beat inflation, meaning their budgets are actually flat or even down in actual spending power.